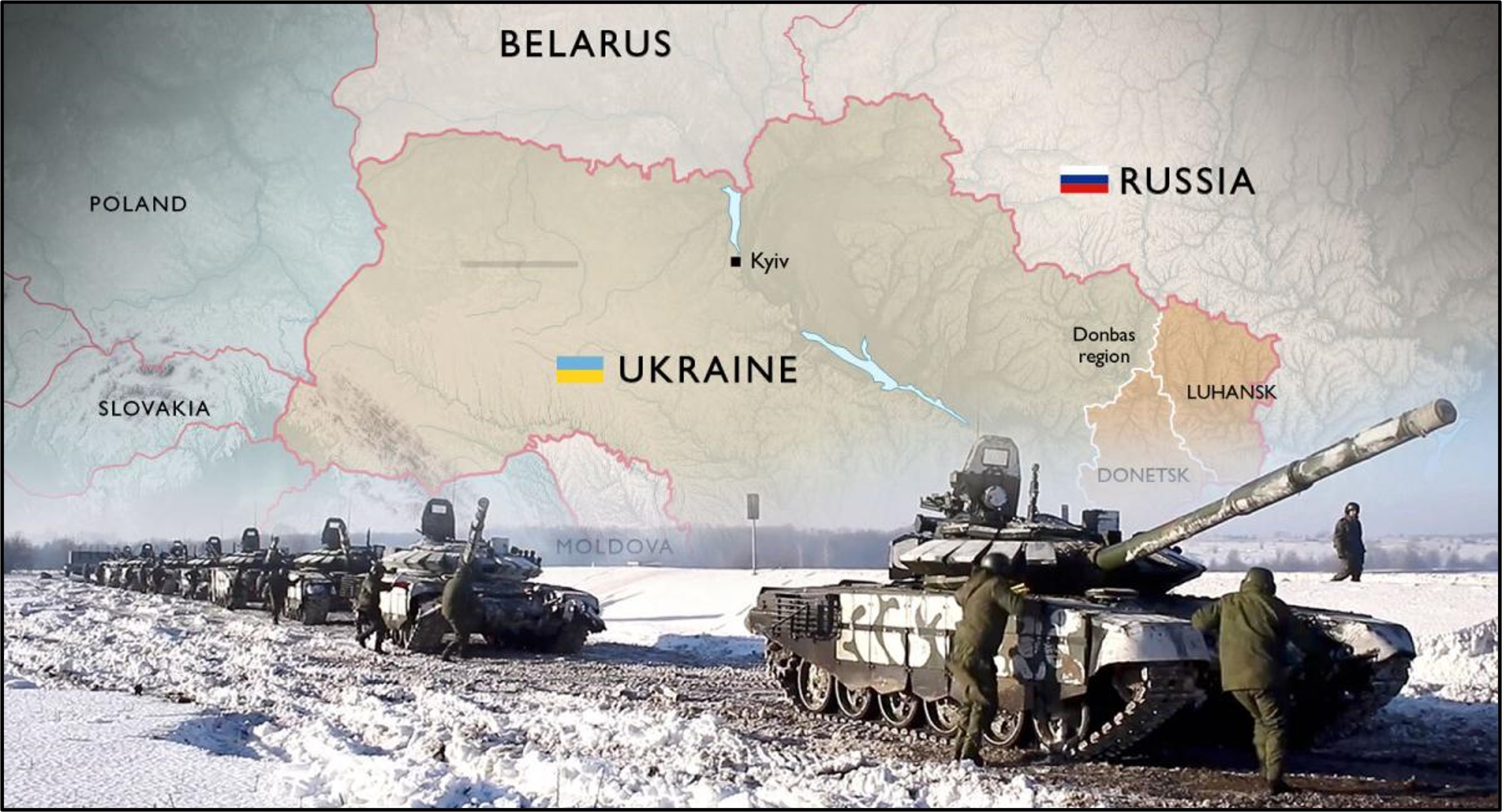 On March 2, five historians of modern Europe in the History Department hosted an open virtual seminar on “Historical Perspectives on the War in Ukraine.” Over 150 members of the Mizzou community attended. Professor Robert Fletcherbegan the seminar as follows:

Good afternoon and welcome to this discussion and Q&A on Historical Perspectives on the War in Ukraine. I’m joined today by a number of colleagues from the History Department: Brad Nichols, a specialist on the history of war in Europe, including on the German-Russian borderlands in the twentieth century; Linda Reeder, a specialist in the history of modern Italy, contemporary Europe, migration, and gender; Ilyana Karthas, who works in the fields of modern European intellectual and cultural history, and the modern history of France; and Russell Zguta, Professor Emeritus here at Mizzou, a native Ukrainian, and an expert in early modern Slavic and Russian culture. I’m a historian of imperialism in the modern period, particularly western imperialism in the Middle East and East Asia.

All of us work on different aspects of the history of Europe, to which the eyes of the world have been turning this week. Those of us teaching at the moment, too, have all had thought-provoking and quite moving discussions with our students in recent days. And so we wanted to organize this session for our students to ask questions, and to share responses and reactions.

Before we get to open it up to Q&A, I’ve asked each of our panelists to offer a few thoughts on how, as historians, they are viewing, interpreting, and trying to understand Russia’s invasion of Ukraine. Each of my colleagues will talk for a few minutes in turn, but before we get started, I wanted to open with a few thoughts on the role of history in a crisis like this.

One challenge for us as historians – the most obvious one, perhaps – will be re-writing the history of the 1990s and 2000s in Europe, in light of what has unfolded in recent days. Was an opportunity missed, in the wake of 1989, to come up with some kind of new security architecture or arrangement for Europe in which the Russians felt they had a genuine stake – a stake that offered the Russia of Gorbachev and Yeltsin a place for peaceful cooperation?

In our divided politics of the moment, the rights and wrongs of the expansion of NATO has become a highly partisan issue. Yet there ought to be a way for historians to explore what has happened dispassionately, and I think we will need that historical perspective more than ever.

A second, broader point, is that amidst such fast-moving events it’s hard to see beyond what’s just happened in the last few hours. But trying to discern broader forces – to work out the significance of what’s changing, and what’s not – is an important part of the historian’s role.

Doing so can help us to cut through the noise of the news cycle. It can also correct mistakes in our interpretation that are forming in real time. Like many colleagues, it’s been frustrating to hear news outlets repeating the idea that Russia's invasion shatters a peace in Europe that has held unbroken since 1945. You can only make that claim if you forget – or choose to forget - about the Yugoslav Wars fought throughout the 1990s, for example. I point this out not to detract from the significance of what we are seeing now, but rather to remind us of how fragile peace in Europe is.

As a historian of imperialism, too, we must remember just how much of the European past has played out under imperialprojects of expansion and rule. Empire was not merely something that Europeans did to the rest of the world; empire formed part of the lived experience of Europeans themselves, for centuries.

A person living in the western Ukrainian city of Lviv at the start of the 21st century might have been born in the Austro-Hungarian Empire; been educated in Poland; been a young adult in the Third Reich; grown old in the Soviet Union; and seen out their retirement in an independent Ukraine --- all without ever leaving the city.

Empires have long fought here, then, and the romanticization of those empires – the appeal of trying to recover some of that lost imperial glory – does not merely help explain some of Vladimir Putin’s apparent motivation. Similar aspirations, a ‘neo-Ottomanism’ – a desire for a more interventionist and expansionist presence in former domains of the Ottoman Empire – has also marked the foreign policy of Recep Tayyib Erdogan in today’s Turkey.  Indeed the British, French, Ottoman and Russian empires all fought for influence over Crimea and the Black Sea in the 1850s; and the question of which of these powers would influence the region formed part of an ‘Eastern Question’ that came to dominate the great power politics of the nineteenth and early twentieth centuries.

Taking up that longer historical perspective helps us to see more clearly the real significance of the most recent examples of Russian expansion. For that expansion southward and westward across the Black Sea – not just the annexation of Crimea in 2014, or even the war in Georgia in 2008, but also beyond Europe into Syria, in the context of the Syrian Civil War – this was not about defeating ‘Islamic extremism’, as Putin claimed at the time, or ‘de-Nazification’, as he claims now, but about re-establishing Russia’s presence on the world stage; the re-making of it as an imperial power.

It’s a policy that has worked for him thus far. In that respect, Putin’s many successes represent the absolute defeat some 200 years of British policy towards the Eastern Mediterranean, the Middle East, and indeed the Black Sea region, which was all about trying to frustrate Russian imperial advances here.

I know this is something that some of my other colleagues are going to develop further. And so the final point I’ll make before handing over is that exploring these events with an eye to the broader historical dimension fights against the tendency – a mistake, I think – to interpret them primarily in terms of our own contemporary national political concerns here in the United States; to read them primarily through our own issues, lenses, and obsessions. There are other questions, other perspectives that matter. Pursuing them through history helps bring these important other perspectives, correctives, to the fore.