In the course of writing a global history of the second half of the twentieth century, I have had occasion to consider the prevalence of infectious diseases over the past one hundred years, as well as measures taken to deal with them.  What follows are a few takeaways from those considerations, which might provide some background to current conditions.

The first half of the twentieth century was very much an era of infectious disease.  Most people know about the Spanish flu pandemic of 1918 – 19 (or, if they didn’t, they have heard about in the last few months), but much more prevalent and considerably more deadly were endemic diseases.  The three great examples were smallpox, malaria and tuberculosis, each of which killed more people between 1900 and 1950 than the 80 million who died in both world wars.  All these diseases had a global reach.  Today, we think of malaria as a malady restricted to the topics, but in the 1920s there were outbreaks as far north as Siberia.

Innovations stemming from the Second World War, an immense hothouse of technological progress, made it possible to contemplate combatting infectious disease on a global scale.  The war saw the introduction of a new class of drugs, the anti-microbials, first the sulfonamides, derived from synthetic dyestuffs, and then penicillin, the first antibiotic, an anti-microbial stemming from a living source.  (The anti-bacterial action of the penicillin mold had been discovered earlier, in 1928, but the engineering problems of the large-scale manufacture of a drug derived from it were only solved during the war.)  Another product introduced during the war was the insecticide DDT, which opened the prospect of eliminating or at least greatly reducing mosquitoes, which carry a large number of infectious diseases, especially malaria.

In the three decades following the Second World War, wartime innovations would be used to combat infectious disease on a global scale.  Anti-microbials would kill the bacteria responsible for a wide range of infectious diseases; public health measures, such as combating mosquitoes with DDT, would eliminate the conditions for others to spread.  Antimicrobials had no effect on viruses, but by taking up the previously existing practice of vaccination on a much larger scale, and introducing new vaccines, against polio for instance, viral diseases could be eliminated.  This postwar period was the high point of the Cold War, but the strongly opposed eastern bloc and western powers were on the same page about infectious diseases and even cooperated—a true rarity!—in combating them.

A combination of antibiotics made it possible to cure tuberculosis, which had not been possible before the Second World War.  (In the 1930s, half the patients released from English tuberculosis sanitoria as cured or greatly improved died within two years.)  The UN’s World Health Organization launched a global campaign to eliminate smallpox entirely.  The campaign, which was supported by both the US and the USSR, as well as their respective allies, did not involve trying to vaccinate everyone in the world.  Instead—and this seems like a useful lesson for current circumstances—public health authorities would keep close tabs on the population, looking for the appearance of smallpox, and if an outbreak occurred, rush in a mobile team that would do contact tracing and vaccinate everyone who was exposed.  By the end of the 1970s, the smallpox virus had been eliminated and is only present today in two biological weapons laboratories.  The WHO launched a similar campaign, the Malaria Eradication Program, combining massive spraying of DDT to kill mosquitoes, while handing out chloroquine, an anti-malarial drug that has been in the news lately.  The combination of measures, it was hoped, would disrupt the complex life-cycle of the protozoan that causes malaria.  Unlike smallpox, malaria was not eradicated, but in the three decades after 1945 its presence was greatly reduced in southern and eastern Europe, and in the more temperate or drier regions of Asia, the Americas and Africa.  Overall, infectious disease mortality rates plummeted and life expectancy rose rapidly around the world between 1945 and 1975/80.  By the 1970s, it seemed that infectious diseases had been marginalized as a threat to human life; medical research and medical talent moved on to tackling degenerative diseases, particularly cancer and arteriosclerosis.

The last two decades of the twentieth century saw a completely unexpected return of infectious disease.  One reason was the growth of hitherto unknown, new forms of viral disease, above all HIV/AIDS, which had been endemic in parts of central Africa from the 1930s onward, but spread rapidly across the world in the 1980s.   The second was, ironically, a consequence of the very successful means used to eliminate infectious disease in the first place, the widespread use of antibiotics and insecticides—indeed, their increasingly indiscriminate use.  As a result, both bacteria and insects developed resistance to the chemicals that had been previously been so effective against them.  The number of cases of malaria expanded rapidly in the tropics; antibiotic resistant strains of tuberculosis began to make an appearance, as did the so-called “super bugs,” MRSA, methicillin-resistant staphylococcus aureus.  Infectious disease mortality rates rose, and the increase in life-expectancies slowed to a crawl. By the 1990s, there were increasing fears of a global infectious disease apocalypse brought about by these new maladies.

With a good deal of difficulty, the worst was averted.  As today with COVID-19, New York City was the center in the US of an outbreak of a strain of tuberculosis, resistant to most antibiotics during the 1990s.  It was brought under control, after several hundred deaths, at the cost of $1 billion, through rigorous contact tracing and testing, to find out who had been infected.  Those testing positive were required to take their daily dose of the few antibiotics still effective against the disease under the supervision of a public health officer, who literally watched them swallow the pills every day, for the two-year-long treatment regimen needed to eliminate the bacillus.  MRSA remained restricted to hospitals and never spread more widely.

As the result of very large public campaigns to change behaviors, AIDS remained, in most of the world, restricted to certain demographic niches—in the Americas and western Europe, mostly gay men; in eastern Europe, IV drug users, in Asia, sex-workers—and its spread among the general population was prevented.  The introduction of a whole new class of drugs, the antivirals, turned the disease from a death sentence into a treatable chronic condition. Africa was the great exception; there, the disease spread throughout the center, south and east of the continent in the last two decades of the twentieth century.  The combination of the malady with other widespread endemic illnesses, particularly tuberculosis and malaria, as well as the inability to afford the very expensive antivirals, has resulted in something on the order of 15 million deaths. Even in Africa, the number of both new cases and deaths has been gradually declining over the last 20 years, a result of a number of UN-sponsored initiatives, and because Brazilian and Indian pharmaceutical manufacturers ignored the patents on anti-retroviral drugs, making them available for a much lower price than the US and European patent holders were willing to accept.

It seemed by the second decade of the twenty-first century that a recurrence of infectious disease on a wide scale had been prevented, or perhaps just restricted to the world’s poorest countries, in Africa and parts of South America and South Asia.  The quick containment of the outbreaks of the SARS and MERS viruses, genetically similar to COVID-19, and the restriction of the Ebola virus to a few African countries only seemed to confirm this situation.  Whether COVID-19 shows this assumption was incorrect, and is just the first, and not the worst, in a series of viral pandemics, remains to be seen.  More optimistically, it might be that a combination of rigorous public health measures, including testing, contact tracing and isolation of positive cases (something like the actions taken against antibiotic resistant tuberculosis), will restrict the spread of the disease until a vaccine can be developed and manufactured.  Unlike endemic infectious diseases, COVID-19 has, to date, struck hardest at the world’s middle-income and wealthier countries—China, the US, Western Europe, Russia—but it is unclear if the disease will spare the poorer parts of the world where endemic infectious diseases are prevalent, or if it is just starting in these countries at a later date.  The most recent news from South America is not encouraging in this respect.  However the pandemic plays out on a global scale, it has shown that the dominant medical opinion of the 1970s regarding infectious diseases as no longer a serious health problem has proven to be far too optimistic.

Jonathan Sperber is  Curators’ Distinguished Professor of History, Emeritus and the author of several prize-winning books on modern European History.  He is currently completing a global history of the second half of the twentieth century. 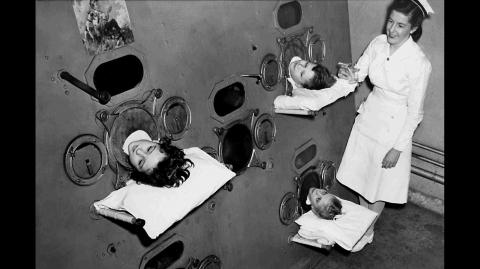