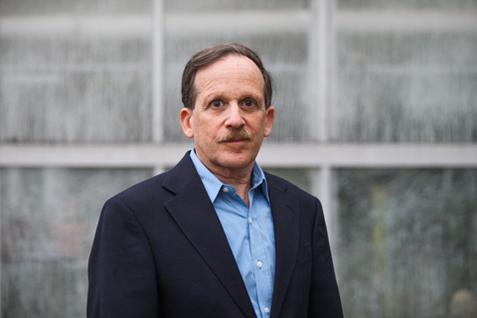 I was an undergraduate at Cornell University and went to graduate school at the University of Chicago, where I studied with Leonard Krieger, a once famous historian, now largely, but regrettably and unjustifiably, forgotten. I received my Ph.D. from Chicago in 1980 and have been at MU since 1984, since 2003 as Curators’ Professor of History, since 2019 as Curators' Distinguished Professor of History Emeritus. From 2005 to 2010, I was chair of the history department.

My scholarship is best described as social history, although there is plenty of political and religious history in it as well.  Much of the writing deals with nineteenth century Europe, and primarily Germany, although I have made occasional forays into the eighteenth and twentieth centuries and to other parts of the continent.  One important focus of my work has been the history of religion.  My first book, Popular Catholicism in Nineteenth Century Germany (1984), was about popular religion, its social context, and its political ramifications.  The essay “Kirchengeschichte or the Social and Cultural History of Religion?” Neue Politische Literature 43 (1998): 13-35, sums up my more recent thoughts on the topic.

Another central element of my scholarship has been the study of popular politics. One strand of this work involves the mathematical analysis of elections, the chief results of which, a study of general elections in Germany from 1871 to the First World War, was published as The Kaiser’s Voters: Electors and Elections in Imperial Germany (1997).  Less forbidding and more extensive has been my work on the revolution of 1848.  This began with a history of that revolution in western Germany: Rhineland Radicals: The Democratic Movement and the Revolution of 1848-1849 (1991).  I followed this up with a history of the 1848 revolutions in all of Europe, The European Revolutions, 1848-1851 (1994). A second, revised edition of this book appeared in 2005. A further follow up was a general history of Europe in the age of the French Revolution, Revolutionary Europe: 1780-1850 (2000).  A second edition of that book appeared in 2017 with Routledge. In one of my forays into the twentieth century, I applied the insights from the study of the 1848 revolution to consider the East German uprising of 1953.  See the recent works list below.

Starting in 1995, I investigated another, somewhat different, social history topic, the interrelationship of property, family and the law in the everyday life of southwestern Germany during the nineteenth century.  The chief source for this scholarship has been civil court records.  When people sue each other, they reveal a lot of things they might have preferred to remain private, and provide historians with lots of interesting information unavailable elsewhere. Most of the results of this study appeared in 2005, Property and Civil Society in South-Western Germany, 1820-1914,published by Oxford University Press.  A spinoff from this work, also related to a more recent recent book, appeared in 2010 in the Historische Zeitschrift, the flagship publication of the historical profession in Germany.  It is listed in the “recent works” section below.

In 2009, Pearson/Longman published a sequel to Revolutionary Europe 1780-1850, entitled Europe 1850-1914: Progress, Participation and Apprehension.  This general history of Europe, covering political economic, social, cultural, artistic and scientific developments, emphasizes, as the subtitle indicates, the economic, scientific and technological progress of the era, the enormous and dynamic growth in social and political participation, and the apprehension that such changes incurred.  A second edition, with a slightly different title, Bourgeois Europe, 1850 - 1914, appeared with Routledge in 2022.

There followed a work in a new genre for me, namely biography, a life of the founder of communism, Karl Marx. The idea for such a project grew out of my previous works on the revolution of 1848 (in which Marx participated) and on the nature of property in the nineteenth century, both of which led me to the conclusion that many of the standard ideas about Marx suffer from an overdose of contemporaneousness.  The work portrays the communist revolutionary not as our contemporary but as a figure of the nineteenth century, an era quite different from our own. Another new departure in this book is the audience for which it is written—not just fellow historians, or history students, but a broader educated public.  To that end, the book entitled, Karl Marx: A Nineteenth Century Life, appeared with a trade publisher, Horace Liveright, an imprint of the New York publishing house W.W. Norton, in March 2013, rather than a university or textbook press. And the book really does seem to have found a broader audience, with excellent sales and a good critical reception, including favorable reviews in the New York Times, the New York Review of Books, The Times Higher Education Supplement (London), or The Guardian(London), to mention just a few. There were radio interviews a number of Pacifica and commercial stations in the US, podcasts with National Review Online, the New York Times and The Guardian.  A very unexpected high point of the media reception was my appearance on The Daily Show in April 2013, to discuss the book with Jon Stewart.   The book was a finalist (that is, runner-up) for the 2014 Pulitzer Prize in biography.

Another unexpected element of the book has been its global scope.  A German-language edition of the biography, Karl Marx: sein Leben und sein Jahrhundert appeared with the C.H. Beck Verlag in Munich, simultaneously with the English-language one.  Reviews in German-language newspapers were quite favorable, and the German popular history magazine Damals [Back Then] named the Marx biography the 2013 “history book of the year.”  Since then, Spanish, Brazilian, French, Slovenian, Turkish, Chinese, Japanese and Iranian editions have also been published.  I have done interviews about the book with German, Swiss, Australian and French radio, as well as with Slovenian television, e-mail interviews about the book with magazines and journals in India, China and Iran, and written about the book for a Brazilian popular science magazine.

This world-wide reception has stimulated a long-standing interest in history on a global scale.  After ten years of work, I have finished a global history of the second half of the twentieth century, The Age of Interconnection, which is now available from the trade books division of Oxford University Press.  One of the things I hope to accomplish in this book is to deploy some of the approaches I have used in the study of nineteenth century Europe--the significance of religious practice and belief for society and politics, the crucial political role of nationalism, the nature of political mass movements, for instance--in a very different time-period and on a global scale.  The work is also an opportunity to discuss topics in historical scholarship new to me that have shaped the recent past and remain very evident in the present, including human interaction with the biosphere, changes in the system of international relations, the impact of the deployment of new technologies, the nature and practices of consumerism, or the circumstances surrounding repeated instances of mass murder.  Two major themes delineate the book.  One is an examination of the process of globalization, the crossing of national borders, continents and oceans, by ideas, humans, goods and capital, creating interlinked global networks, making the years 1945 - 2001 not just a period of connection but of interconnection.  The other theme is the continuing impact of the age of total war in human history, 1914 - 1945/50, which appears over and again in the second half of the twentieth century, in the nature of international relations, in the products of technological innovation, in the goals of political mass movements and in the moments of worldwide utopian aspirations, connected to the three crucial years of the era, 1945, 1968 and 1989.

Among the courses I teach regularly are History 2520, From Waterloo to Sarajevo, European History 1815 - 1914, History 4670, From the Holy Roman Empire to the First World War, German History 1750-1918 and History 4680, From the Rise of the Nazis to the Fall of the Wall, German History 1918 - Present.  On occasion, I also teach History 1510, the History of Modern Europe since the French Revolution, History 4470, Quantitative Methods in Historical Study, History 8570, Graduate Readings in Modern European History, and History 4971, the undergraduate seminar in modern European.