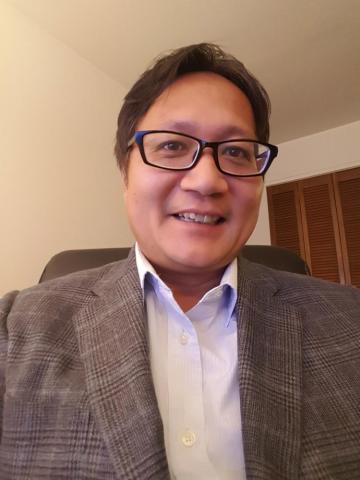 Dominic Meng-Hsuan Yang is an historian of modern China, Taiwan, Hong Kong, and Chinese migration. His research looks into the great exodus of 1949—hundreds of thousands who left China and fled to Taiwan, Hong Kong, and beyond when the Chinese Communists seized power. Different from the established narratives of Chinese revolution/civil war, the project seeks to understand how ordinary people came to grips with the profound loss of home and family, and how suppressed trauma of 1949 came to be articulated in recent decades, especially in Taiwan. Dominic is currently working on his first book titled, The Great Exodus: Trauma, Diaspora, and the Chinese Mainlanders in Taiwan.

Born and raised in Taichung, Taiwan, Dominic migrated to Toronto, Canada with his family in the early 1990s as a teenage boy. He did his undergraduate work at York University, and completed graduate degrees at the University of British Columbia. Dominic was awarded MA, PhD, and postdoctoral fellowships from the Social Sciences and Humanities Research Council of Canada. Other notable distinctions include Alice H. Sorila Memorial Scholarship in History, the Pacific Century Graduate Scholarship sponsored by the Government of British Columbia, the Chiang Ching-kuo Foundation for International Scholarly Exchange doctoral and postdoctoral fellowships, and Fellowships for Doctoral Candidates in the Humanities and Social Sciences at Academia Sinica, Taipei. In 2013-14, Dominic was a resident postdoctoral fellow for the theme of “Trauma and Social Transformation” at the Institute for Historical Studies, the University of Texas at Austin.

Currently, Dominic is also conducting research on his second project, which examines the transpacific migration between Taiwan/Hong Kong and the United States with an emphasis on the close links among propaganda war, refugee relief, missionary work, and higher education during the Cold War in East Asia. During his time off, Dominic enjoys traveling. He also likes golfing, hiking, and other outdoor activities.

In 2013-14, Dominic was a resident postdoctoral fellow for the theme of “Trauma and Social Transformation” at the Institute for Historical Studies, the University of Texas at Austin.

History of China in Modern Times

Mao's China and Beyond: China since 1949

China and Japan in Modern Times

With Mau-kuei Chang, “Understanding the Nuances of Waishengren: History and Agency,” China Perspectives no. 2010/3: 108-122.