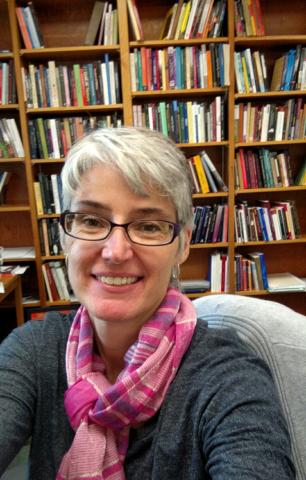 A native of northern Virginia, Professor Wilson Bowers first arrived in the midwest for graduate school at Indiana University. Upon leaving Bloomington, her teaching has taken her across the country from Honolulu, Hawaii to Maryland and Pennsylvania, then back again to the midwest. She arrived at Missouri in 2015 after 13 years at Northern Illinois University.

Professor Wilson Bowers is an historian of medicine, whose research focuses on early modern Spain. Her first book, Plague and Public Health in Early Modern Seville examines the processes of negotiation between city leaders, doctors and residents over public health regulations in response to plague epidemics. Her current book project focuses on sixteenth-century learned surgeons.

Hist 8565 Studies in the History of Medicine

“Balancing Individual and Communal Needs: Plague and Public Health in Sixteenth Century Seville” Bulletin of the History of Medicine 81.2 (Summer 2007): 335-358.