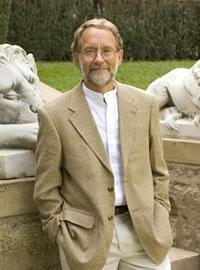 Professor Watts specializes in the cultural and intellectual history of the United States. He has published articles and essays in the American Quarterly, Journal of American History, Journal of the Early Republic, and American Studies. The Republic Reborn won the annual book prize from the National Historical Society and was runner-up for the best book award from the American Studies Association while The Magic Kingdom was reviewed in major media venues throughout the country, including the New York Times, Washington Post, Los Angeles Times, The New Republic, The Nation, and Commentary. His work on Walt Disney led to appearances on a CBS/Time Magazine documentary, "Makers of the Twentieth Century," while his expertise on Henry Ford produced an appearance on an NBC/CNBC documentary entitled "Money and Power." His latest work is a biography of Hugh Hefner: Mr. Playboy: Hugh Hefner and the American Dream.

Professor Watts was elected department chair in spring, 2000 and re-elected in 2003, serving until 2005.

The Magic Kingdom: Walt Disney and the American Way of Life (Houghton Mifflin, 1997).

The People's Tycoon: Henry Ford and the American Century (Knopf, 2005).