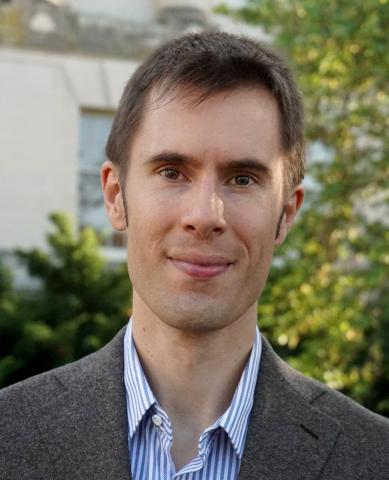 Victor McFarland is an associate professor in the MU Department of History. His research interests center on energy, the environment, and U.S. relations with the Middle East. His first book, Oil Powers: A History of the U.S.-Saudi Alliance, was published by Columbia University Press in 2020.

“The US Response to OPEC,” in Dag Harald Claes and Giuliano Garavini, eds., Handbook of OPEC and the Global Energy Order: Past, Present and Future Challenges (Routledge, 2020)

“The United States and the Oil Price Collapse of the 1980s,” in Duccio Basosi, Giuliano Garavni, and Massimiliano Trentin, eds., Counter-Shock: The Oil Counter-Revolution of the 1980s (I.B. Tauris, 2018)

“The Paris Climate Agreement in Historical Perspective,” published on the Humanity blog, December 15, 2015

With David Holloway (Stanford University), "The Hungarian Revolution of 1956 in the Context of the Cold War Military Confrontation," Hungarian Studies, Vol. 20, No. 1 (June 2006)