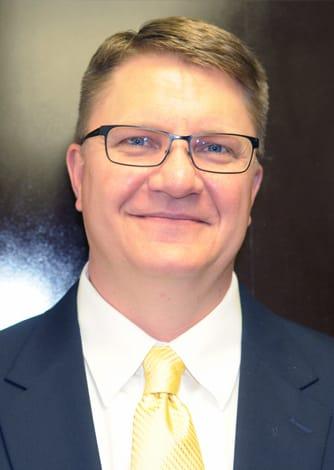 Jerry Frank is an Associate Professor of history and Academic Director of the MU Freshmen Interest Group (FIG) program. Professor Frank’s first book, Making Rocky Mountain National Park: The Environmental History of an American Treasure (2013) uses an iconic national park to explore the ways in which tourism and ecology have shaped the American West. Frank’s next major project, tentatively titled Playing With Western Water: History, Ecology, and Policy, investigates the myriad ways that recreational use of water in the American West has shaped the region’s legal, economic, cultural, and environmental history.

The MU FIGs program, which has long been recognized as a leader in fostering freshmen success, brings together nearly 1000 faculty, student leaders, and MU staff to deliver highly individualized and engaged professional and educational networks. The FIGs program was a campus leader in achieving a programmatic freshmen retention rate of nearly 91% last year, which was the second highest in the program's history. Longitudinal data demonstrates the strong value of the program to first generation students, Pell eligable students, and underrepresented minorities as each of these cohorts surpass campus-wide retention and six year graduation rates. Since taking the reins of the program Dr. Frank has grown the number of FIGs by more than 20% and has formed partnerships across campus that fold other High Impact Practices into the FIGs program.

For the better part of four years Professor Frank also served as the Executive Director of the Mizzou Advantage. In this capacity Professor Frank witnessed the great things that can be achieved when MU's faculty, staff, and students were given the opportunity to partner in finding solutions to some of today's most vexing problems. In all, investments in MU's talented community brought more than $42M in gifts and grants back to MU, led to the publication of more than 350 scholarly articles, and helped pilot degree programs and hire some of MU's most dynamic faculty.

Before coming to Mizzou, Frank was the Director of the Colorado Water Workshop, Coordinator of the Water Emphasis, and the Director of Service Learning for Environmental Studies at Western State Colorado University. During the two years Frank served the Colorado Water Workshop he rebuilt the program by raising more than $150,000 in grants, donations, and fees; more than doubling attendance at their annual conference; cutting the organization’s overhead by more than 50%; and transforming the Director’s position into a tenure track line. He also worked closely with the ENVS Chair and faculty from biology, economics, history, politics and government, geography, geology, communications, business, and anthropology to create the Center for Environment and Sustainability at Western, building it into a rigorous and engaging program.

Professor Frank also has a passion for teaching. Over the past sixteen years Dr. Frank has designed and delivered more than a dozen undergraduate and graduate courses. He is especially interested in service and experiential learning and this summer marks the third year he will offer his “Acts of God”: An Environmental History of Natural Disasters field-based course in Missouri. For his excellence in the classroom, Frank was awarded the Provost’s Outstanding Junior Faculty Teaching Award in 2013 and was nominated for the President's Award for Excellence in 2016.