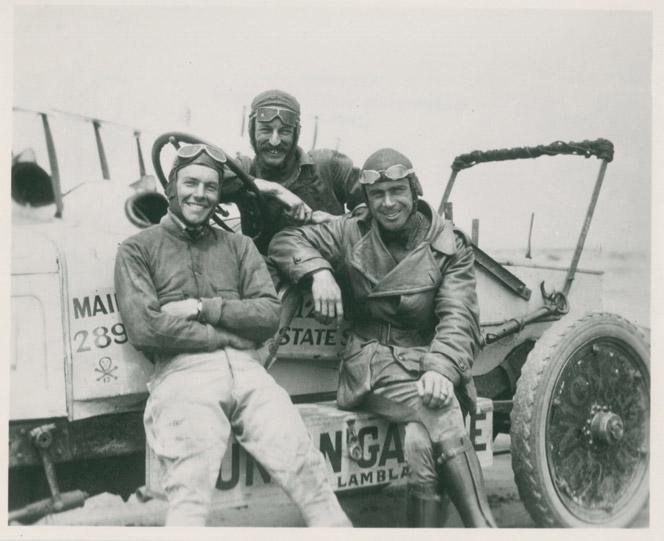 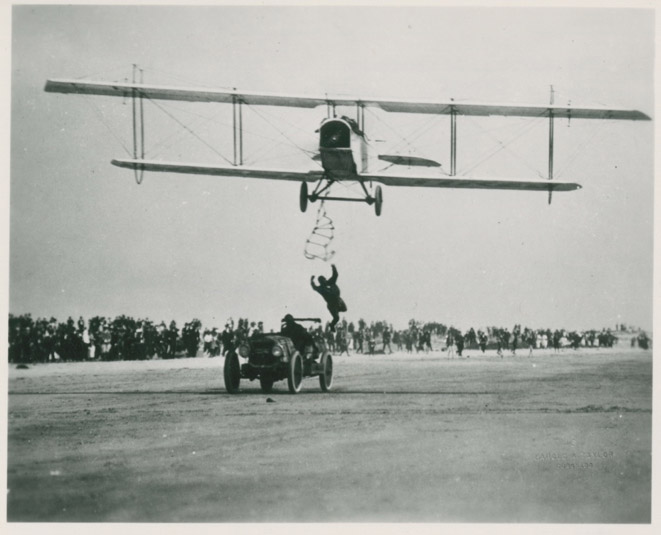 Pangborn missing the ladder as the crowd watches.

During the first three decades of the twentieth century America became a flying nation. Before 1908, most Americans were skeptical that heavier-than-air powered flight was possible. By the close of the Roaring Twenties they took for granted that airplanes represented progress and a better future. The book I am now writing tells this story.

During summer 2018 I visited the Washington State Unviersity archives for the Clyde Pangborn papers and the University of Wyoming archives for the Roscoe Turner collection. Pangborn learned to fly in the Army during World War I and then, with Ivan Gates, started the Gates Flying Circus, the most successful barnstorming company of the 1920s. The Gates Flying Circus gave nearly a million people their first ride in a plane for as little as $1 each. Just before he met Gates, Pangborn did at stunt on the beach in San Diego, attempting to transfer from a speeding car to a rope ladder suspended below a passing plane. Pangborn missed the ladder, tumbling down the beach at 60 mph (see the accompanying photos). Miraculously, he was not seriously hurt and went on to have a long career in aviation.

Roscoe Turner served as a balloon observer in France during World War I, barnstormed across the South after the war, went to jail for buying a stolen airplane, flew in Howard Hughes’s 1930 epic Hell’s Angels, which made a star of Jean Harlow, became a successful air racer, and started an airline. Turner was a larger than life figure who was famous for flying with his pet lion, Gilmore.

**Your gifts to the department help to sustain cutting edge faculty research like John Wigger's on aviation.  To make a gift go to the Give Direct page. 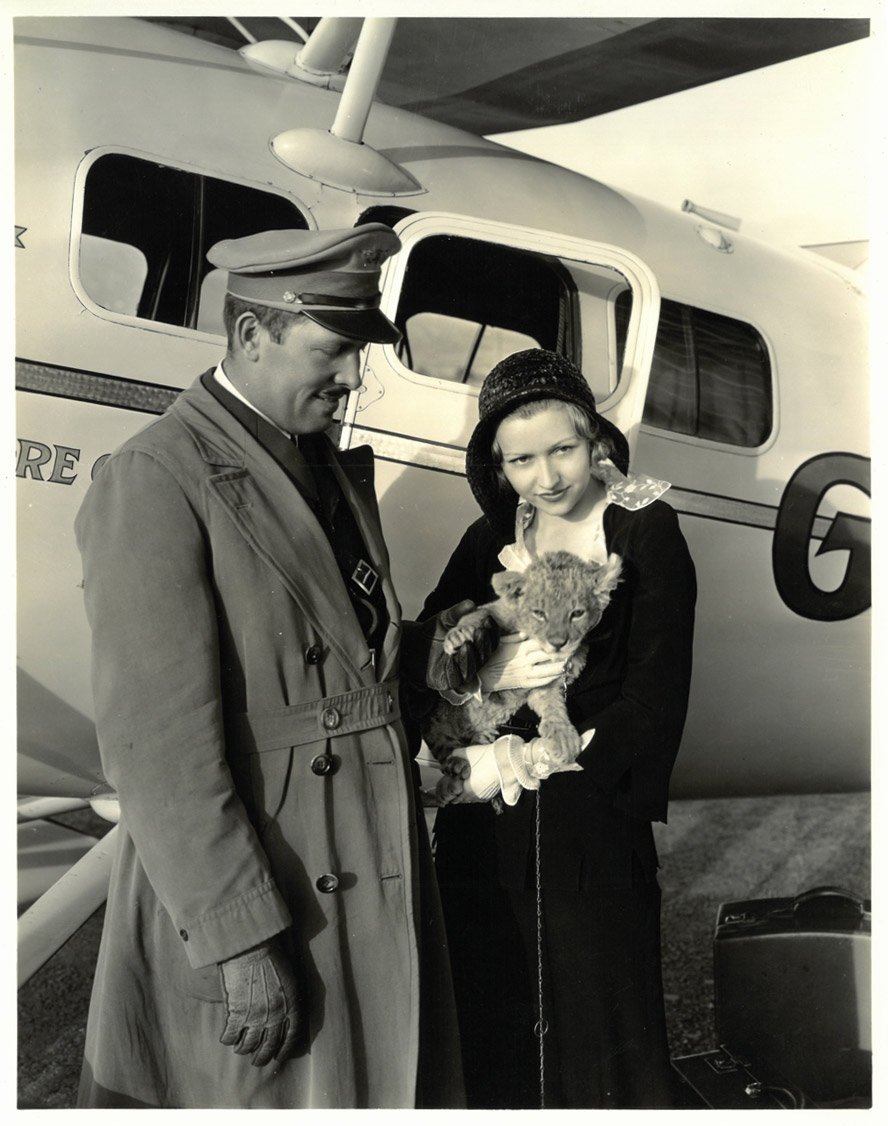 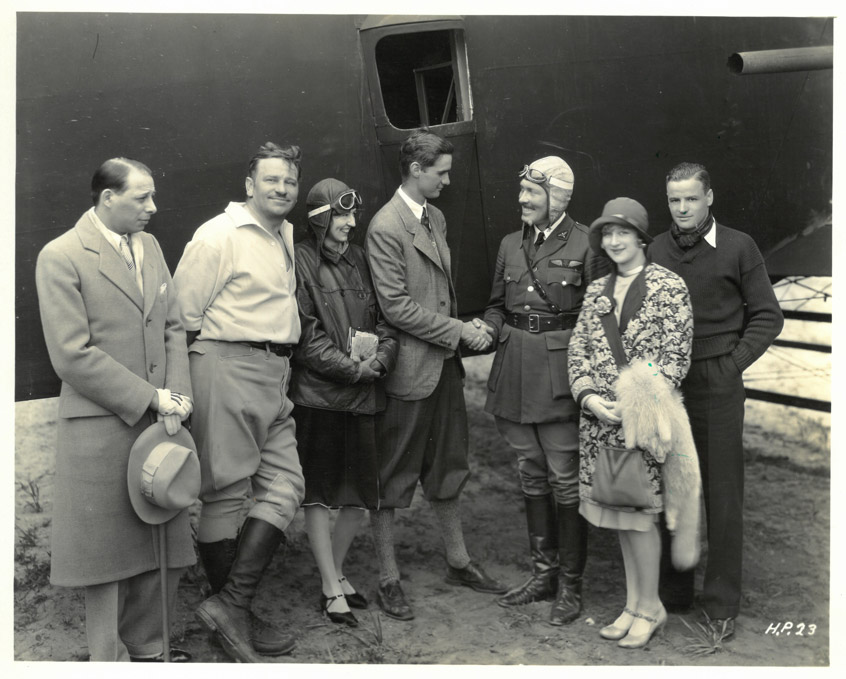