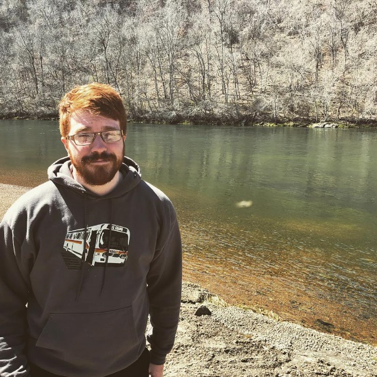 Andrew is currently the Mid-Missouri Local Organizer for Missouri Jobs With Justice (MOJWJ). MOJWJ is a coalition of faith, labor, student and community groups that organize around economic justice issues.  Two of their most recent statewide victories were passing a higher minimum wage and comprehensive ethics and political reform (CLEAN-MO).

Andrew also serves in a volunteer role as the Board President of the North Central Columbia Neighborhood Association, a group that advocates on housing and development issues that impact the North Central neighborhood in the 1st Ward in Columbia. As an undergraduate at MU Andrew worked as the Outreach Coordinator for Moving Ahead and the Blind Boone Community Center, and ran for the 1st Ward City Council.

After graduating from MU, Andrew received his Masters’ in Social Work, with a concentration in Social and Economic Development from Washington University in St. Louis, graduating in May 2019. As a graduate student, Andrew interned with Missouri Jobs With Justice and also worked as a Government Affairs Coordinator for Laborers Local 110 in St. Louis.

“My background and familiarity with the history of social movements and race and class in the United States provided context for my MSW and labor organizing work. The research I did for my undergraduate thesis on the history of the Legion of Black Collegians at MU has been especially useful as I organize around economic justice in mid-Missouri. Organizing is tough work but my degree in History is incredibly helpful in contextualizing our current battles in a long history of social movements and organizers.” 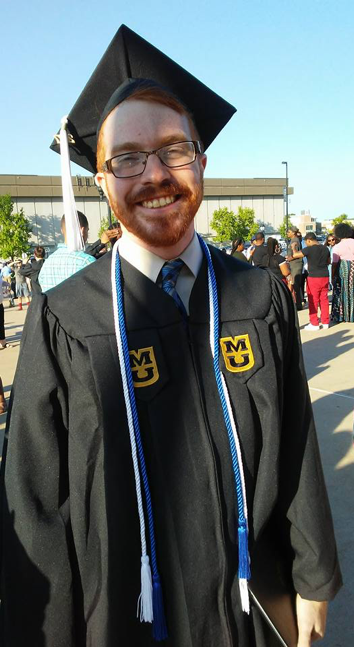 “My work on an undergraduate thesis with Dr. Keona Ervin was challenging and enlightening. I appreciated that, despite being an undergraduate, Dr. Ervin held me to high standards and pushed me to be the best writer and researcher I could be. Dr. Ervin and other professors like Dr. Frymire, Dr. Root and Dr. Sperber had a huge impact on how I view the world. I am grateful for their work and enthusiasm. “

Andrew’s advice for a freshmen history major:  “Take lots of courses from different professors and in different time periods. The professors at MU are experts in their field and have a huge wealth of information and so much enthusiasm for the material. I also recommend doing an undergraduate thesis with one of your professors. Writing an undergraduate thesis is good preparation for graduate work but also allows you to dive deep into a topic of your choosing.”