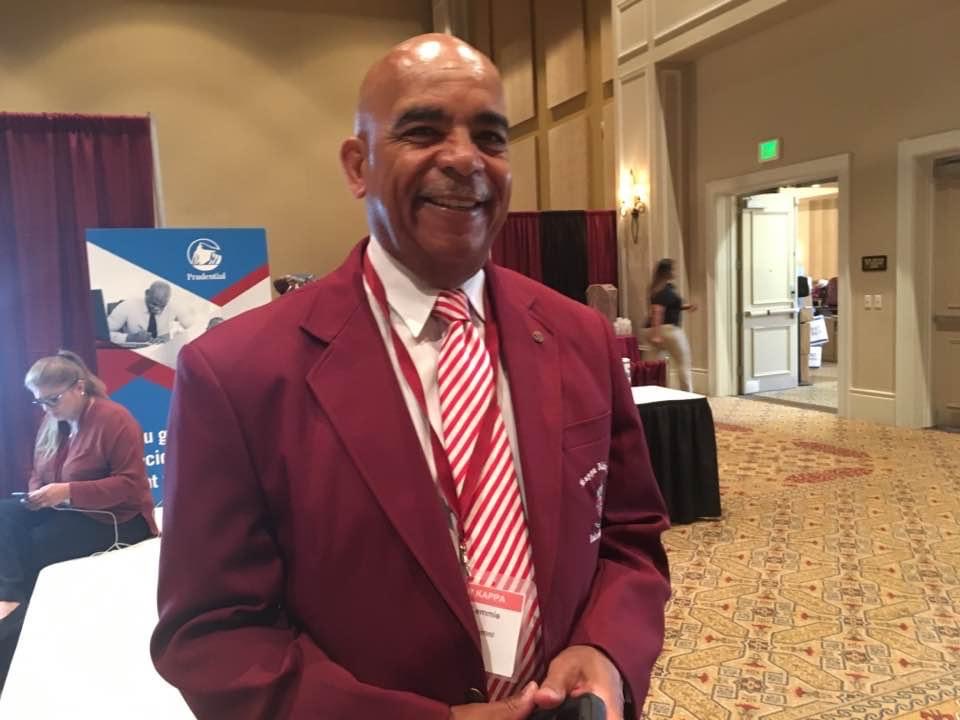 Q&A: When did you graduate from MU and what degree did you acquire?

Lemmie: I graduated in May 1973 with a bachelor’s degree in history and a minor in political science. I got my master’s in public administration from the University of Missouri at Kansas City.

Q&A: Where do you currently reside?

Lemmie: Missouri City, Texas. It’s a suburb of Houston and I’ve lived there since late February 2022. I’d lived in Sugar Land, Texas, since 1994.

Q&A: What are your fondest memories of being a part of history at Mizzou?

Lemmie: When you get to be 70 years old, you start to do a lot of reflection on your past and the things that you’ve experienced during your lifetime. What I was going through from 1969 to 1973 (years at Mizzou) – you had to look at the times. Dr. Arvarh Strickland (birth/death, 1930 – 2013) was my advisor in the history department. So, I arrived on campus the same year as the first full-time Black faculty member. And there were other notable people: Prentice Gautt was the first Black football player at the University of Oklahoma and was in graduate school at Mizzou and later an advisor for Mizzou football. I’d see him walking on campus, but I never really interacted with him much. It didn’t hit me until a couple of years ago when I was watching the history of Oklahoma football what a major impact he had on the sport. He was the first Black football player at the University of Oklahoma. And at that point, I said, ‘wow, I really wish I would have gotten to know him.’ 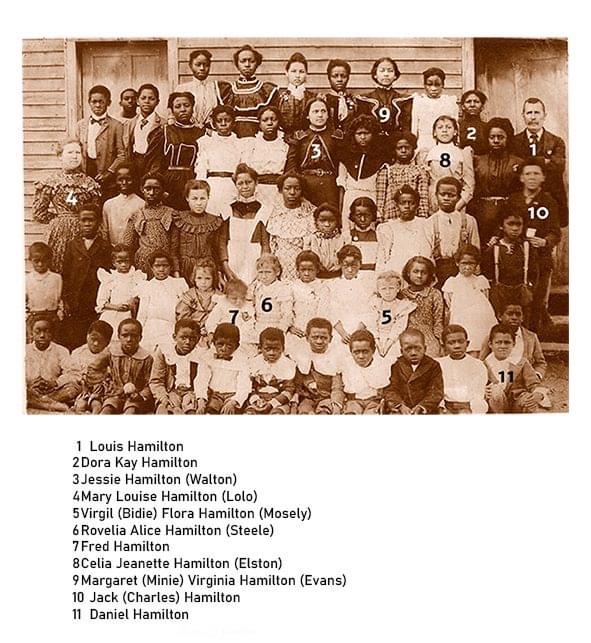 Lemmie: I think it stemmed from an interest and desire to know about my family and the trials and tribulations that they and other African Americans went through. I grew up in the 1950s and 1960s, and at that point in time you did not see a lot of positive images of Black people, period. And so, curiosity pulled me in the direction of wanting to know where I came from and what my people had been through. I was really getting into history, and I also became very interested in genealogy. My dad really helped generate my interest in genealogy. He had become the family genealogist.

I used to research genealogical leads that my dad gave me in the university library using microfilm. During my research, I discovered a document from 1866 where my great great grandfather and great great grandmother had registered their marriage. They were slaves in Franklin County, Missouri. Slave unions were not recognized as legal marriages under the law.

Q&A: How does it make you feel when you realize they couldn’t be married?

Lemmie: This is something that continues to spark my curiosity from both a cultural and historical perspective. There is not a whole lot written about this subject. It is, however, a testament to how determined the formally enslaved displayed a strong resolve to keep their family units intact. This is something that I find to be truly inspirational.

I would definitely like to see more research and studies conducted on the social and family lives of slaves. Slavery in Missouri was different from slavery in the Deep South. Missouri slaves were generally held on smaller farms as opposed to large plantations in the south. Missouri slaves also had the limited ability to interact socially with slaves on nearby farms. 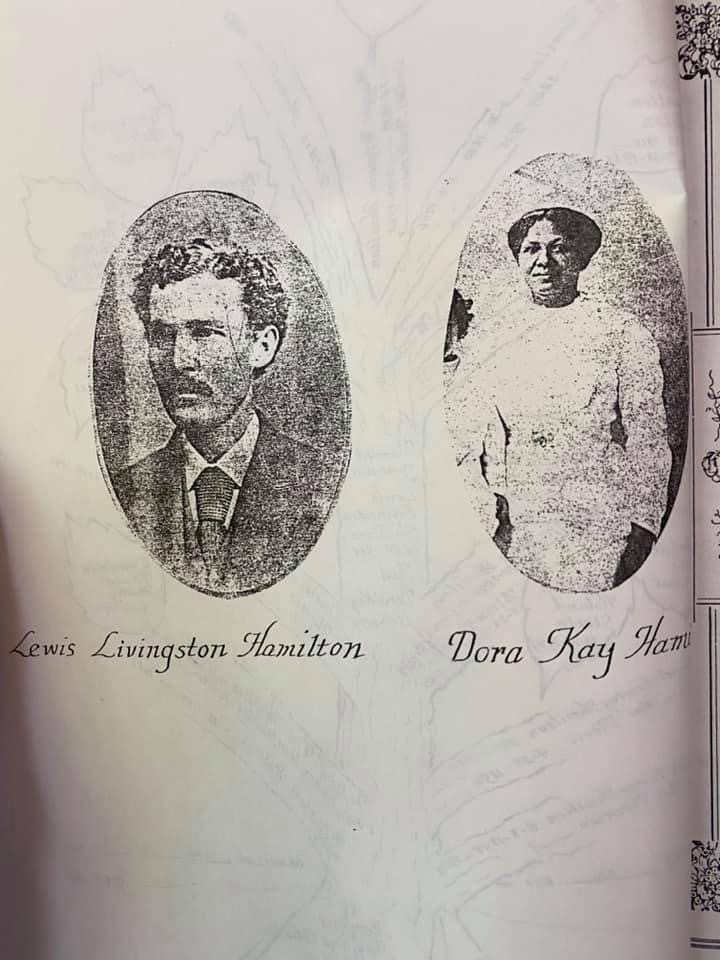 Q&A: How does it make you feel to know your great great grandparents were owned by someone else?

Lemmie: It was a dark part of our history. I have always looked at their condition and struggles as a source of personal motivation.

Q&A: Tell me a little bit about your work as a board member for the Buffalo Soldier National Museum.

Lemmie: Shortly after I moved to Houston, I met Captain Paul Matthews, who is also a fellow member of Kappa Alpha Psi Fraternity Inc. He relocated to Houston with Merck Pharmaceutical around the same time that I relocated to the area with State Farm.  I remember talking with him about his dream of creating a museum for the Buffalo Soldiers. He is a former Army Captain that served in Vietnam. While working at Merck, he started their military division and traveled to military bases across the country.

During his travels, he started collecting military artifacts. Soon there was a garage full of artifacts, but no museum. I believed in his commitment to the idea of establishing a museum and I had faith that it would become a reality. As a board member, I am involved in strategic planning and fundraising.

Q&A: How did the museum become a reality?

Lemmie: After years of collecting artifacts, Captain Matthews started the museum in a small 3,500-square-foot office building on Southmore Street, just outside of the museum district in Houston. A couple of years later, the former Houston Light Guard Armory became available. This 23,000-square-foot facility has been restored and is now the home of the Buffalo Soldiers National Museum. Since the museum opened on January 5, 2001, more than 500,000 tourists from around the world have visited.

Q&A: When did you get involved?

Lemmie: He brought me on the board about eight years ago. They do a lot of work with different school districts around Houston. Busloads of school children show up at the museum every day who leave pretty amazed from the experience. Four years ago, I took my now 93-year-old mother, a retired educator, on a tour and she still talks about her experience. Along with a historic perspective, programming includes exhibit/workshops that focus on science, technology, engineering, arts, and mathematics. 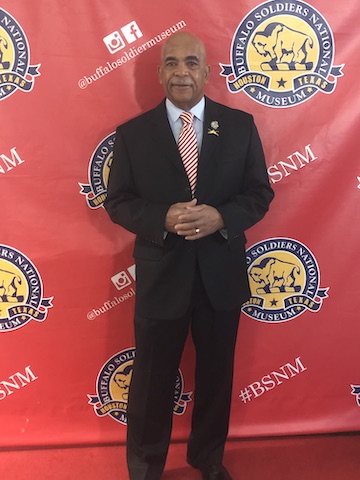 Their courage and valor in support of our nation’s war and peace time efforts are a significant part of our nation’s success and history. Their sacrifices helped elevate the status of African Americans in this country as equal citizens. - Lemmie

Q&A: What exactly is a Buffalo Soldier?

Lemmie: They were African American Army unit members of the 9th and 10th Calvary as well as the 24th and 25th Infantry Regiments. They were formed after the Civil War, and they were basically assigned frontier duty – so they would escort the wagon trains, protect settlers in the Indian territory. They got their name from the Indians because of the texture of their hair. African Americans are integrated into the mainstream of the Armed Forces today. The Buffalo Soldier Units were reassigned during the early part of World War II.

Q&A: And how does your work honor and recognize Black soldiers?

Lemmie: We honor and recognize Black soldiers from the Revolutionary War to the Gulf War. We have a Tuskegee airman display. We have a Black astronaut display. We try to present a continuous history of the involvement of the Black soldiers in the United States defense system. The displays change on a periodic basis.

Q&A: How did the Buffalo Soldiers impact this country?

Lemmie: Very positively. Their courage and valor in support of our nation’s war and peace time efforts are a significant part of our nation’s success and history. Their sacrifices helped elevate the status of African Americans in this country as equal citizens.

Q&A: Were you ever a soldier?

Lemmie: I don’t know if you’ve heard about it but several years ago, the Ft. Bend Independent School District was digging a foundation for an educational center in Sugar Land, Texas, and while digging they started uncovering human remains. They found out that these human remains were those of people who were subjected to convict leasing. They are now known as the “Sugar Land 95.” So what convict leasing is – there were private individuals who leased Black inmates from the Texas Department of Corrections. This happened from the late 1860s to around 1910.

This was after the slaves were freed by the 13th Amendment (1863). But there was an exception in the 13th Amendment – if someone was incarcerated. These people were used as a form of cheap labor, and individuals would lease them from the State and made a lot of money and a lot of times they could sublet these people to others, and they made even more.

The life expectancy on average for people in these labor camps was about two years. They contracted diseases, they were beaten, they were shot. And basically, if someone died, they would throw them in wood coffins in the ground and get another prisoner. This system was actually worse than slavery.

Q&A: So, what do you do with this project?

Lemmie: Right now, we are working with MASS Design of Boston, an architectural firm that did the Legacy Museum in Montgomery, Alabama. They are working with the Fort Bend Independent School District – which has the property where the discovery site is – to build a memorial park, and perhaps a museum on the site.

Q&A: So, you are in on the ground phase?

Lemmie: Oh yes. We are just really getting started with this. There were 95 remains discovered, 94 male and one female.

Before I moved from Sugar Land, Texas, I was about a mile-and-a-half from the discovery site. Now I live in Missouri City, and I recently found out that probably within a mile-and-a-half of where I live is an old, abandoned sugar-processing barn built before the Civil War. The labor that was utilized to process the sugar was initially slave labor and then after the war leased convicts.

Q&A: Did they purposely throw Blacks in prison so they could lease them?

Lemmie: After slavery, the Black codes were put in place. Blacks could be thrown in jail for nearly anything – be it vagrancy, spitting on the sidewalk – basically anything could lead to incarceration. I’m sure some of the people in the program actually committed crimes, but that was not always the case.

Q&A: How have your fared dealing with your past?

Lemmie: I guess it gets back to what we were saying earlier about my background and my family. I had a strong support system, which helped me make it through some tough times in school. And I’ve always leaned toward the positive rather than the negative. And when I think back at my time at Mizzou, I think about the people who really helped me succeed. There were professors – I mentioned Strickland – but also many others that really took an interest in me and helped me develop my skills and knowledge.

Q&A: What one takeaway would you like to leave me with, regarding your history, your work, your research?

Lemmie: I have had many different experiences in life that prepared me for my journey. The University of Missouri was definitely one of those experiences and has had a major positive impact on my life.