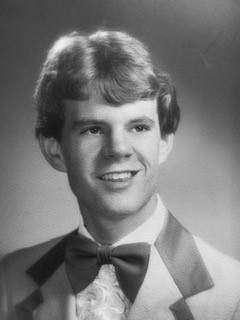 David Hicks’ senior portrait, while at Hickman High School in 1982.

The Department of History recently received a $25,000 donation to go toward scholarships to students with a passion for peace and social justice in memory of David Hicks, a history graduate who completed his studies shortly before his death in 1988.

The David Hicks Peace & Social Justice Scholarship will be awarded to one or more history students each year, not based on grade point average, but instead passion for those things Hicks was notably passionate about. This, because he persevered despite a brain tumor that caused frequent disruptions in his academics.

“David had a strong interest in peace, which led him to join friends in the Shanty Town Protests on the Quadrangle and ultimately the arrest of a number of them,” his mother, Marjory Hicks recalls.

The Shanty Town Protests, held at MU and on other college campuses in the 1980s, targeted American universities’ investment practices in South Africa during the era of apartheid. Protesters built a shantytown on campus in the quad to symbolize the living conditions Blacks in South Africa were forced to endure based on institutionalized racial segregation. David was among 41 students on campus who fought racism with empathy, according to Vox Magazine 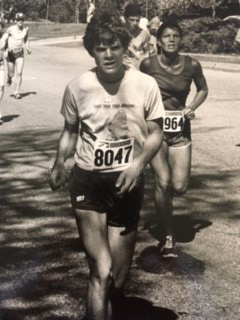 David Hicks running in a 5K, sponsored by the Columbia Tribune, around 1980.

Man With a Goal

“I don’t know where his interest in peace originated, but this was a passion. He was for the underdog, perhaps because of his own disabilities,” Marjory says.

“In high school, he was active in dramatics which gave him the confidence and poise to speak publicly,” Marjory adds. “He was quite articulate even as a young child.”

David, a 1982 Hickman High School graduate and Boy Scout Eagle Badge recipient, developed his brain tumor six weeks into his Fall ’82 semester at Mizzou, his mother recalls. The problems he was going through were not only difficult on his mother and father, friends and family, but especially on his little brother, Steve. Steve was only 21 at the time of David’s death, Marjory says — and much younger at the illness onset.

“David developed a terrible headache, which led to his diagnosis. He dropped out of school and had surgery to remove the tumor. When he was able to return to school, he took nine hours a semester.”

David had double vision and as a result wore an eye patch. He also had a shunt in his brain to drain spinal fluid. That shunt malfunctioned several times, resulting in more surgeries each time to replace it.

“Sometimes he would miss a semester or have to make up classes so this was a struggle,” Marjory says. “But he was always positive and met the challenges with perseverance. Mentally, he was sharp, but it took him longer to write his answers on tests so he was given extra time.” 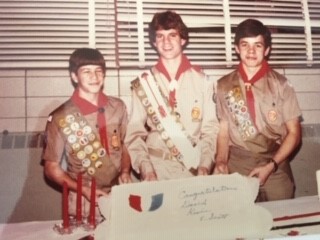 Mentor in the Dean’s Office

One of his mentors during that time was Theodore A. Tarkow, now professor emeritus of classic studies and former associate dean of Arts and Science (1982-2018).

Tarkow recalls David’s father, William Whitney Hicks (who died in 2014), was former chair of MU’s economics department. “(Whitney) had instilled in David the possibility of a career as a university professor,” Tarkow says. “His mother had shaped in him the confidence to succeed in whatever direction his degree might take him.”

Remembering David’s passion for social justice, Tarkow recalls his resilience despite his serious medical condition. “David persisted, both in class and in MU activities that reflected his interests in the social and political topics of the day.

“David’s own persistence in pursuing his goals was enhanced by the creative support shown him by faculty and administrators in the department and college.

“It’s a source of sadness and pride that thanks to a scholarship in his name, which his family has now established for history majors, that the department will be able to remember for years to come a young man whose abilities and challenges helped bring out the good in many other people.”

Catherine Rymph, current chair of the history department, says she’s heard about David’s struggles and achievements. “He was ill and so struggled to complete credits to graduate,” she says. “That’s why the scholarship is not really based so much on academic record, as so many of our other scholarships are. I think it’s important his name be attached to an award that outlines who he was, and that was someone who cared about others and making a difference. Applicants could have a 4.0 GPA, but that wouldn’t be the main criteria for (the award).

“The history department has a lot of undergrad scholarships based on many things, such as financial need, area of study, plans to attend grad school…. This gift is really different than others and we are really happy to have it and have students benefit.

“It means a lot to me,” Rymph says, “because it’s an opportunity to recognize students in the full picture of who they are.”

“I thought the scholarship was an appropriate way to honor David,” Marjory adds. “He was a good student. He would be pleased to have a scholarship in his name to support others who want an education.”