Twenty years ago, I began my MA research on the 1918-1919 Spanish Influenza epidemic in Columbia, Missouri.  In doing my background readings, I was struck by the dramatic account of the epidemic presented in Richard Collier’s book, The Plague of the Spanish Lady:  The Influenza Pandemic of 1918-1919 (NY: Atheneum, 1974).  Collier’s descriptions of flu victims suddenly dying in the streets were shocking, and they captured my imagination.  Did that happen in Columbia?  I searched the records, both hoping and fearing I would find that to be the case.  Instead, I found a story that taught me about human behavior and about how societies typically respond to pandemics.

Almost exactly one hundred years later, the COVID-19 pandemic has taken the world by surprise, but it shouldn’t have done so.  Pandemics have periodically gripped societies throughout history, unexpectedly and permanently altering life.  In 541-542 CE, the Plague of Justinian weakened the Byzantine Empire, killing an estimated 40% of the population of Constantinople.  In the mid-1300s, the Black Death killed about half of the European population, leaving the survivors struggling to reestablish their communities.  More recently, HIV became pandemic in the 1980s; the American Foundation for AIDS Research estimates that 32 million people have died in this pandemic.  We are still counting the awful cost of that disease. 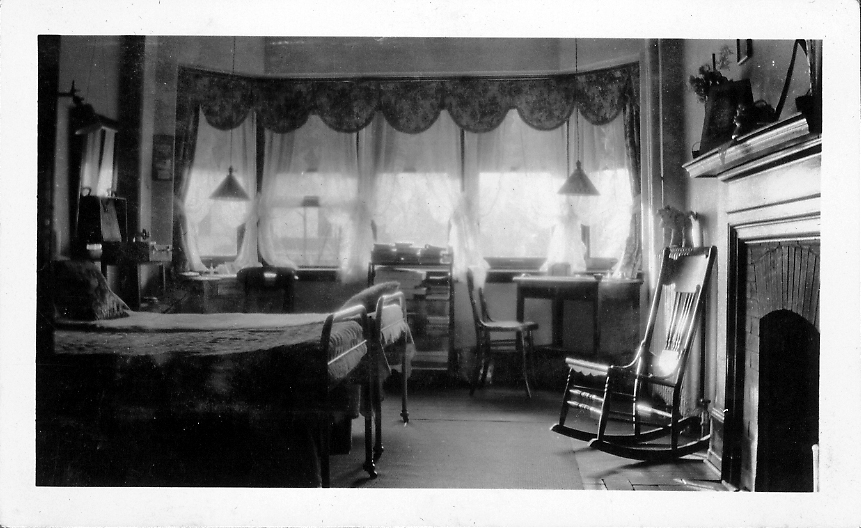 The story I learned about society’s response to influenza in 1918-1919 mirrored each of these other pandemics.  Some people respond to impending disaster by fleeing.  Other people choose fight rather than flight, and they step outside their personal fears in order to help and serve.  Some people respond to pandemics by panicking and hoarding food and supplies.  Still others engage in denial, partying as the proverbial city around them burns.  We certainly have seen all of these reactions in the pandemic we are now experiencing.

In September, 1918, newspapers in Columbia reported that the flu that was killing people in cities like New York and Philadelphia would soon arrive in the middle of Missouri.  By the end of that month, Mizzou had responded to the coming crisis, restricting students’ activities and converting the women’s dormitory, Read Hall, to a hospital for women students.  The Kappa Sigma house and one floor of Switzler Hall would provide “hospital” space for the University’s male students.  Parker Hospital, which would later become University Hospital, served both male and female students.  The Welch Military Academy (now Welch Hall), the Student Army Training Corps barracks on campus, and the Athens Hotel (at 817 E. Walnut) would serve as hospitals for the SATC students.  In early October, Columbia’s Board of Health closed the K-12 schools and prohibited public gatherings, although Liberty Loan parades continued in support of American efforts in World War I.  Despite the quarantine, people in Columbia and students at Mizzou began to fall ill.  In the month of October alone, the University’s physicians treated more than 1,000 influenza patients, representing about 7% of the city and student population in the area.  The University and the city repeatedly instituted, lifted, and reinstated quarantines throughout the fall and early winter, negotiating the demands of businesses that needed customers, students who chafed under long weeks of restriction, and working people who needed paychecks to survive.  By the end of January, it seemed that the long months of illness and quarantine had passed, and life slowly returned to normal.

As I wrote my thesis, I often found myself wondering about the women who had filled the Read Hall rooms that were now my professors’ offices.  Did those feverish, coughing students wonder whether they would ever recover?  They did.  After the epidemic passed, authorities reported that none of Mizzou’s women students had died of the flu.  Will we ever return to the life we knew before we first learned of COVID-19?  Mark Twain is reported to have said that history doesn’t repeat itself but often rhymes.  Like the survivors of other pandemics, we will return not to the life that we once knew, but we will eventually be able to create a new normal.

Kris Lawson completed her MA and Ph.D. in History at the University of Missouri.  She is now Associate Professor of History at Pittsburgh State University. https://www.pittstate.edu/hpss/faculty-and-staff/kris-lawson.html 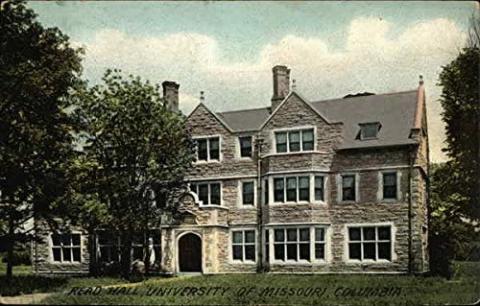