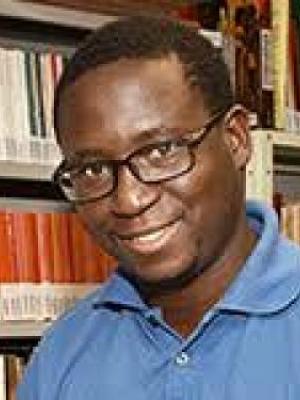 Admire Mseba joined the Departments of Black Studies and History in Fall 2019. He is a historian of precolonial and Colonial Africa. Admire’s scholarship focuses on social relations, racialized colonial policies and access to land in Southern Africa. He is completing his first book. Entitled, Society, Power and Land in Northeastern Zimbabwe, c.1560-1960, the book is under contract with Ohio University Press (New African Histories Series). Admire’s most recent article entitled “Narratives, Rituals and Political Imaginations: The Social and Political World of the Vashona of North-Eastern Zimbabwe from the 16th to the 19th Centuries,” was published in the Journal of Southern African Studies, 46, 3, 2020. His other recent publications appeared in African Economic History and The International Journal of African Historical Studies.

Admire has long term research interests in Southern African socio-environmental and economic history. He has begun writing a second book on international cooperation and environmental control in twentieth century southern Africa. In this project, he examines the intersection of race, politics, science and states’ decisions to cooperate (or abandon cooperation) in controlling pestilences, particularly locusts. These pests, like virus, know no national boundaries and their control often depends on international cooperation, something that has not always been the case. Admire has also completed archival research for a book lengthy study of the monetary history of colonial Zimbabwe, Zambia and Malawi. This project investigates the local, regional and imperial interests that influenced currency questions in colonial south-central Africa. At the University of Missouri, he teaches courses in African History and Black Studies. Before coming to the University of Missouri, Admire was a postdoctoral research fellow at the International Studies Group, University of the Free State in South Africa. He graduated with a Ph.D. in History from the University of Iowa in May 2015.

History 2004: Topics In History: The Political Economy of the Environment and Development in Africa

“Narratives, Rituals and Political Imaginations: The Social and Political World of the Vashona of North-Eastern Zimbabwe from the 16th to the 19th Centuries,” Journal of Southern African Studies, 46, 3, 2020

“Money and Autonomy in a Settler Colony: The Politics of Monetary Regulation in Colonial Zimbabwe, 1932-1965.” In Chia Yin Hsu, Thomas S Luckett and Erika Vause (editors), The Cultural History of Money and Credit: A Global Perspective, Lanham: Lexington Books, 2016.