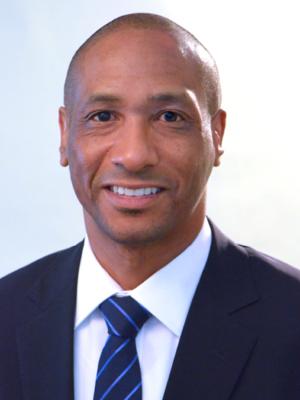 Devin Fergus is the Arvarh E. Strickland Distinguished Professor of History and Black Studies. His research focuses on political economy, policy, and inequality in modern America. Professor Fergus’s most recent book, Land of the Fee (Oxford, 2018), explores the hidden costs of rising financial fees at home, school, work, and transportation on wealth and mobility in modern America. A much-anticipated work, Land of the Fee has been called one of the five best books for understanding capitalism today. His current research project examines white-collar crime and the racial wealth gap. He is also author of Liberalism, Black Power, and the Making of American Politics, which was named a Choice Outstanding Book Title in 2010.

Fergus is guest editor of the special issue Banking without Borders: Culture and Credit in the New Financial World for Kalfou, a journal published by Temple University Press. This special issue examines the impact of four decades of financial deregulation in the US on vulnerable populations, which has increasingly affected the middle class. He has written widely on policy, political economy, and inequality for the New York Times, Washington Post, and the Guardian, among other outlets. Along with Louis Hyman, Bethany Moreton, and Julia Ott, Professor Fergus is also editor of the Columbia Studies in the History of U.S. Capitalism book series published by Columbia University Press.

Professor Fergus has worked closely with several national policy organizations (e.g., Demos, Closing the Racial Wealth Gap Initiative, the Center for Global Policy Solutions, and Prosperity Now) and has presented research to a number of federal entities, including the US Treasury, US Department of Education, the Consumer Financial Protection Bureau, and the Special Master (Kenneth Feinberg) for TARP Executive Compensation. Professor Fergus received his PhD in American history from Columbia University.

Interview for The Presidency, An online MA history course offered by The Gilder Lehrman Institute of American History and Adams State University. July 21, 2017.

“When College was a Public Good.” By Scott Carlson. The Chronicle of Higher Education, November 27, 2016.

“In Some States, Low-Income Drivers Get Help with Auto Insurance.” By Alice Holbrook. Nerdwallet, April 21, 2015.

“Wealth Inequality in the ‘Land of the Fee’: A Conversation with Devin Fergus.” By Carolina Reid. Berkeley Planning Journal, 26, no. 1 (2013).

“Land of the Fee: The Rise of Consumer Finance Fees and the Decline of Upward Mobility.” John Glenn School of Public Affairs, Jan. 2013.

“Do the Hustle: Payday Lenders and Their Victims Dancing to Lose.” Huffington Post, December 15 2014.

“Financial Fracking in the Land of the Fee, 1980–2008.” In The Assets Perspective. Edited by Reid Cramer and Trina R. Williams Shanks. Palgrave MacMillan, 2014.