Marc is currently a PhD candidate at the University of Connecticut, living in India, as a Fulbright-Nehru Fellow.  He is conducting research on his dissertation, “In the Circle of Great Powers:  India, the United States, and the Postcolonial Atomic State, 1947-1974”.  Marc has conducted research in over a dozen archives, in six countries on four continents. Before starting his research period he spent three months learning Hindi and exploring India.

Before starting his Master’s program at the University of Missouri-Kansas City, Marc worked primarily as a financial auditor, never losing his love of reading and thinking about history.

“My MU history degree showed me how historians work.  I learned about secondary literature, conducting primary source research, and how to build a research project from scratch.” “As a history major at MU I learned the difference between trivia and knowledge, and from knowledge you can start formulating and asking the questions that get you the answers you are looking for.”  As an undergraduate at MU, Marc studied mainly early modern European history. Today he researches foreign relations history, during the Cold War, between the U.S. and India. “Despite the many differences between these topics, what I believe they have in common is that I remain deeply fascinated in worlds very different from mine.”

“My fondest memories of my time in the MU history department are the classes I took with Professor John Frymire.  His approach to studying and talking about history made me see history as more than an interesting area of study, but a possible vocation. Today, I consider him one of my academic role models of what a scholar should be.”

“After I finish my PhD program, I think there are several different career paths that I would find rewarding and fulfilling.  Whether they are in academia, government, or a think tank, what matters most to me is increasing and disseminating information about the past to interested audiences.” 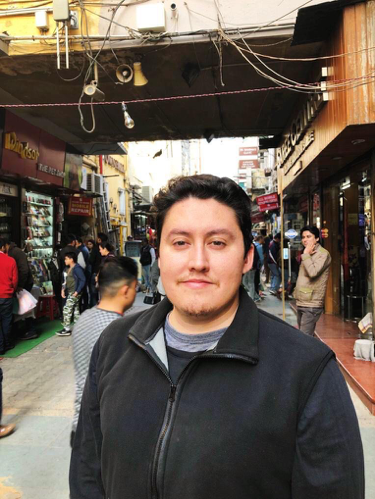